On the Other Side of the Wall: Left Behind

Alzheimer's took the mother my aunt, uncle, and dad loved so much a long time before Grandma's actual death. They were left behind, erased from her memory while she was still living. When I think about this particular reality of the disease it scares the heck out of me. I have to push the terrible thought that I could forget my own children far, far away from my mind. Who knows if Grandma ever knew what was happening to her. I don't think she ever truly confided in anyone that she was confused and losing touch, it just sort of happened. There was a certain amount of bitterness and sorrow attached to the fact that Grandma was no longer who she had always been. She was a gentle, classy lady with a degree in Science. She laughed in a way that made you smile, wore red lipstick, and appreciated the beauty of flowers, butterflies, rocks, and shells. And she was adored by her three children. The hurt they felt as they slowly lost their mother is still years later difficult for them to think about. She was there but not there.
Along with her children there was someone else left behind, someone else whose heart had been breaking from the first recognition of Grandma's failing mind. He had fallen in love with her when they met at a church single's group for young people. He had been her husband for over fifty years. The receipt of sale from the engagement ring he bought her so many years ago was still tucked away in his dresser drawer. I was only a teenager when we started helping Grandpa around the house and began checking in on him and Grandma. I was worried about him. Everyone in the family was so concerned for Grandma's health and safety but what about Grandpa? Things were tough for him at home. Grandma's incessant talking and wandering around the house must've been driving him crazy but he had been on his own with her for years before she moved in with us. Yes, things could've been different if he had been more open with the family. In his mind he was protecting her, saving her dignity, and preserving  the privacy that was so important to them both. Maybe he was afraid she would be taken from him. What was going through his mind that day when he was left behind in the driveway, alone? We drove away with his bride and she would never come back home to him. I wish I would've showed him more empathy, I wish I would've asked him how he was doing. His heart very literally was breaking.
Posted by Sarah B at 12:53 PM No comments: 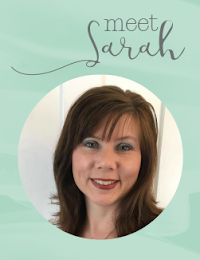 Hi! Welcome to my Writing Café! I’m Sarah, what can I get you? A coffee? A warm home-made scone? Relax and stay as long as you like!